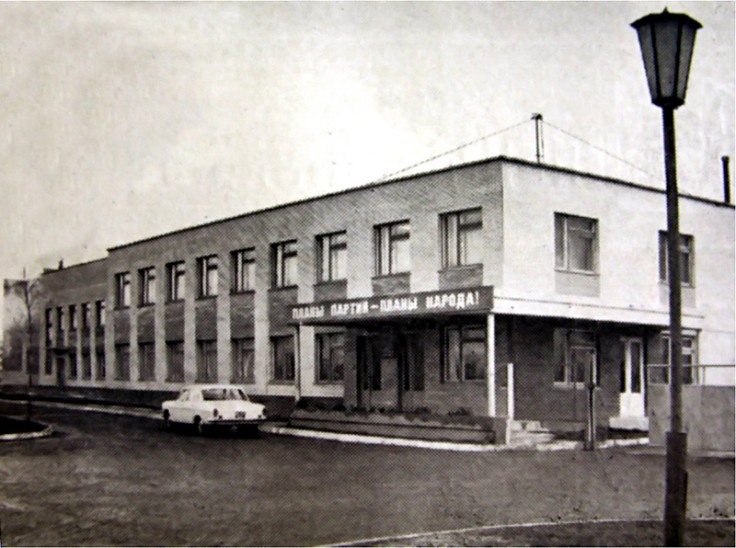 The history of formation and development of OJSC “Beryozastroymaterialy”

The company started its history on the 2nd of January, 1967, when “Beryoza plant of construction materials” was founded. At the time of creation in the enterprise structure included:

The total number of employees was 251 people.

In 1975 the enterprise organized a workshop for production of garments.

In 1979-1981 brick factory “Beryoza” was reconstructed for production of wall ceramic tiles – the current workshop № 1. In the workshop two lines were installed with production capacity of 150 thousand m2 a year each, later their capacity was increased by 1.5 times to 225 thousand m2 per year. Until 1983 the new lines produced only monochrome (white and colored) tile. Production of decorative elements began to develop only in 1983 and initially design was applied manually. In 1984 flat screen printing machines for the production of decorative tiles were installed in the workshop on one of the lines.

At that time the plant employed 254 people and a dormitory was build for 232 places, with a sports hall.

In 1986-87 there was built a new production facility at plant No. 2, which had two technological lines for manufacturing ceramic tiles, expanded body–preparation department. The project included the installation of a single-layer lines with a capacity of 300 thousand m2 each. Due to the implementation of the proposals of factory innovators double-layer kilns were installed instead of the single-layer ones and the capacity of the new plant increased to 900 thousand m2. With the commissioning of the new plant the production of tiles in the enterprise has increased more than 3 times.

At the same time a plant for the production of frits was built and put into operation, the main expensive component for glaze preparation.

From January 1, 1990, by Resolution No. 10 dated 30.01.1990, on the basis of the factory and the plant of mineral wool products the national industrial cooperative-state association “Beryozastroymaterialy” was created.

In December 1995 the company joined the brick factory in Kabaky village of Beryoza district (capacity of 2000 thousand pieces of ceramic bricks a year), transferred from the agricultural farm “Malech” by the decision of the Beryoza district Executive Committee under the contract of sale.

In accordance with the order of the Ministry of architecture and construction of Belarus in 1995, the association was subordinated to the Ministry and renamed into the state production enterprise “Beryozastroymaterialy”.

In December 2000, the company was renamed into PRUE “Beryozastroymaterialy” (Production Republican unitary enterprise).
In 2001 the company started reconstruction and modernization of production of ceramic tiles.

In 2002 ceramic tile workshop № 3 was upgraded: a new Italian press and glazing line were installed, as a result the capacity of the workshop increased from 350 thousand m2 per year to 540 thousand m2.

The brick plant in the village Kabaky was closed.

In 2004 the company reached full production capacity of tiles on the new Italian equipment of the firm SACMI.

In 2005 the company has implemented the quality management system based on international standards ISO series 9000:2000. The sales volume of ceramic tiles was achieved at the level of reconstructed production capacity.

In 2006 the company was reorganized into Open joint stock company “Beryozastroymaterialy”. Nowadays the staff is 1137.

In 2008 the line for production of ceramic tiles of bigger size (25x35cm) was installed with using of the innovative technology of single firing. The line capacity is 3 million m2 per a year.

In 2009, the company installed a production line of decorative elements, which are used to complete collections of ceramic tiles. The line capacity is 320 thousand m2 per year.

In June 2011, the line for production of insulating materials was removed in favor of increasing the volume of production of ceramic tiles. In December 2011, on the vacated areas it was planned the start up of a new SACMI line for the production of tiles.

At the end of 2011 the enterprise mastered the production of tiles for swimming pools.

In early 2013 a line for production of porcelain was launched.

In spring of 2015 the universal line for production of porcelain was launched.

Throughout its activity, the company has achieved high performance in the manufacture of the product and its quality, which is marked by numerous state and international awards.